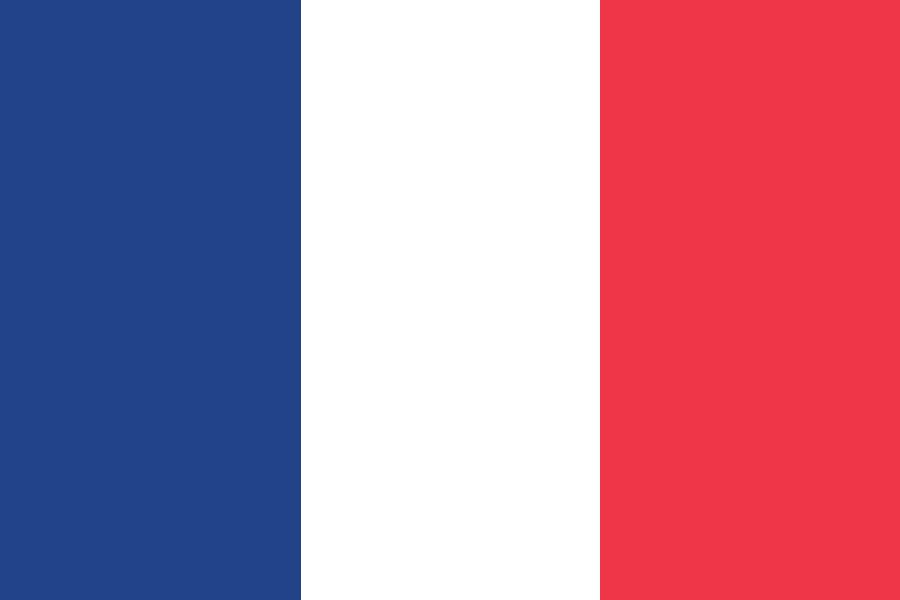 A component of the current Hauts-de-France regional Smart Specialisation Strategy (S3) – known locally as the ‘Third industrial revolution (Rev3)’ - includes experiments to achieve an active engagement of citizens in the green energy transition. These experiments centre around increased local ownership of green energy investments, including financial ownership. As an extension of the Entrepreneurial Discovery Process (EDP) at the core of the region’s S3, various instruments are being tested to ensure a strong role for citizens, together with businesses communities and public authorities, in implementation of green S3 approaches at local level.

Such instruments include the establishment of a Municipal energy company as a cooperative, with citizens as founders and key players, direct investment of citizens in green Municipality initiatives and widespread use of new savings accounts dedicated to green and local investment projects. In addition, a manual for local authorities has been produced and diffused, gathering a wide range of practical tools and mechanisms to run citizen-based initiatives for green transition.

This collection of experiments responds to difficult transition challenges in a large, territorially and socially fractured region – birthplace of the recently infamous ‘gilets jaunes’ phenomenon. The Rev3 model in Hauts-de-France is based on participative governance with a strong place-based dimension. By involving citizens and local authorities - even in the most remote places across this large territory - the region intends to demonstrate the relevance of bottom-up and inclusive approaches to green S3 implementation, showing the way forward for an extended EDP concept.

Matching technological advances with evolutions in the demand-side is seen as a necessary lever for successful green transition. Decentralised and bottom-up initiatives, with a visible impact on the daily lives of citizens, are proving to be a powerful way of maintaining political commitment to green transition in the longer run. The experiments with citizen engagement in Hauts-de-France provide inspiring and replicable examples for other EU regions confronted with similar challenges.

Hauts-de-France, a former mining region, is the poorest region in metropolitan France in per capita GDP. With a population of nearly 6 million people, it is also one of Europe’s largest and has stubbornly high rates of unemployment. Since the widespread decline of its heavy industrial base, which reached a peak in the 1980s and 90s, the region is still experiencing strong de-industrialisation trends. Hauts-de-France is characterised by economic, social and territorial fracture, where development is concentrated in a few key locations, with others being left behind. Certain locations in the region suffer severe socio-economic difficulties – even to the extent of mounting social unrest, as witnessed recently in the ‘gilets jaunes’ phenomenon.

The current Hauts-de-France Smart Specialisation Strategy (S3) was developed with the aim of reinforcing the knowledge-based economy in the newly formed region, based on synergies between the S3 of the two former regions of Nord-Pas-de-Calais and Picardie, merged into the new larger Hauts-de-France region in 2015. The regional authorities are therefore strongly engaged in a strategy to develop future-oriented industries and attract talent and investment evenly across the region, where feasible. One of the five S3 strategic directions is the so-called ‘Third industrial revolution (Rev3)’. This covers the challenges of transition towards the industry of the future, renewable energy, energy efficiency, circular economy and servitisation (i.e. product-as-service) systems, with the overall perspective of decarbonising the economy by 2050.

There is an increasing awareness by authorities and businesses in the region, of the need to accelerate the green transition. However, greater awareness and a change of attitudes and behaviours by the wider population, including its poorest communities, is also understood to be a crucial ingredient. The region enjoys a long history of participative democracy practices and has attached a strong emphasis on citizen engagement in transition-oriented policies.

In the context of S3, the Regional Council has facilitated a range of Rev3 measures, incentives and guidance for local authorities to encourage strong citizen engagement in green transition. The starting point is the acknowledgement that it will not be sufficient to support new value chains and the transformation of the regional economy only from a supply-side and technological point of view. Evolutions in the demand-side are also needed to provide the necessary complementary levers for successful transformation.

The participative approach at the heart of S3 – the Entrepreneurial Discovery Process (EDP) – has been enhanced in the region to create an entirely new strand of the Rev3 implementation apparatus. Originally targeting primarily institutional and economic actors, a new dimension was added to Rev3 in 2018 to give a firm push to the mobilisation of local communities and citizens.

Three concrete examples illustrate the potential of this new grassroots approach to low-carbon energy transition in different parts of the region.

Mine de soleil (Solar mine) in Loos en Gohelle

As part of its global strategy for becoming a fully renewable energy territory by 2050, the Municipality of Loos en Gohelle has set up an innovative company structure dedicated to the production of solar energy from public and private buildings. The company has a genuine partnership structure, incorporating two local businesses specialized in the production and distribution of energy, a bank and first and foremost, the citizens of Loos en Gohelle.

The citizens are not only funders or ‘sleeping partners’, but also have a say in managing the project. The citizens therefore represent a dedicated official partner within the managing structure of the company, drawing a return on their investment as any investor would. The project will lead to the installation of 2,500 m² of solar panels and an annual production of 440 MWh, with an overall investment of €571,000.

The Municipality of Fourmies is located in the outer periphery of the Hauts-de-France region - not exactly at the heart of decision centres or trade corridors. Fourmies chose a few years ago to focus on energy transition in order to build its economic renewal. As part of that strategy and after several successful public and private initiatives, the Municipality opened up the opportunity for its inhabitants to participate financially in investment projects involving renewable energy and/or energy efficiency.

Through their investment decisions, the citizens now actually choose their own priorities in the Municipality’s strategy. Projects vary from the production of solar energy from the roof tops of local schools, to the opening of repair cafés and co-working facilities etc. The citizens gain a return on the money they invest in transition projects. This provides a strong motivation to see the projects succeed and generally convinces citizens of the opportunities to be gained from a transition strategy.

In 2015 the Regional Council convinced a national bank to develop a financial product designed to finance projects developed under its Rev3 transition strategy. This mechanism is unique in France.

The Rev3 Savings Account is accessible to any individual looking for a way to invest his, or her, savings and receive a regular return, at the same time ensuring that their savings will contribute to sustainable transition. The interest rates typically range from 0.75% (on first tranche of €15K) to 0.15% (for higher amounts). The bank lends with favourable interest rates to Rev3 projects in renewable energy, circular economy, sustainable transport etc. in the region, ensuring that citizens’ savings are used for green transition in their own local area.

The above three examples illustrate the enhancement of the EDP approach to embrace its often-neglected citizen-centred fourth helix. While Rev3 and traditional funding models target companies and relatively large transition projects, here the focus is on smaller-scale, territorially distributed initiatives for green transition, where citizens and local authorities provide the driving force from the bottom upwards.

This new approach to green transition is based on a two-way process. On the one hand, local authorities inform citizens, provide impulse and follow up on initiatives. On the other hand, citizens contribute actively to the design, implementation and evaluation of public policies. Citizens have therefore a say in the choices of the projects in the first two initiatives and are the first to see the end results. In Fourmies, they are consulted also afterwards when it comes to evaluating the implementation of the strategy. In Loos en Gohelle, they get a return on investment and are part of the management of the initiative.

The system is also founded upon on strong cooperation between regional and local authorities. The latter are seen as best placed to promote and support societal change on the ground, while the regional authorities act as facilitators, providing guidance and support for communication and sharing of good practices across regional territories.

Innovative funding and other tools for bottom-up green transition

Since the types of place-based transition initiatives experimented upon in Hauts-de-France do not easily fit into traditional funding mechanisms, a range of dedicated financing tools have been put in place to support them:

In addition to these specific funding tools, the Regional Council is also developing training and guidance for administrators, to help them prepare grassroots initiatives for other funding sources.

The overarching lesson learnt from the initiatives in Hauts-de-France is the necessity to incorporate a societal dimension and citizen participation, at grassroots level, to successfully engage the whole regional territory on a green transition path. In practical terms, these local authority experiments have been found to display the following characteristics:

Crucially, these approaches have all been tested in the region and lessons have been learnt from their implementation.

Taken together, the different projects implemented have made a significant contribution to local energy self-determination involving local authorities and citizens, thereby strengthening the territorial dimension of the region’s S3. Economic benefits are tangible for citizen-investors:

Importantly, these initiatives also contribute to sustained political commitment to the overall transition strategy over time. In Hauts-de-France, decision-makers are particularly sensitive to the societal impacts of transition. Decentralised and bottom-up initiatives, with a visible impact on the daily lives of citizens, are therefore proving to be a powerful incentive to maintaining political commitment in the longer run.

The experimentation is now translated, at regional level, into an official strategic framework ‘Citizen Transition in Rev3’, defining the scope, actors and types of actions for these and future initiatives.

The small-scale demonstration cases examined here form part of a broader mobilisation initiative across the territory of the large Hauts-de-France region. Under the Rev3 strategy, they are fully intended to be replicated around the region: 20 similar experiments, with very diversified profiles, are already underway in different parts of Hauts-de-France.

A good practice guide, based on 30 inspiring actions already implemented in the region (selected from 200 initiatives) is being made public to encourage replication by different local authorities Hauts-de-France and beyond.

"Using citizen loans as a leverage for energy transition is not only a great way to ensure that challenges are addressed by all. It also contributes to economic development of the territory, through jobs and wealth creation.’" 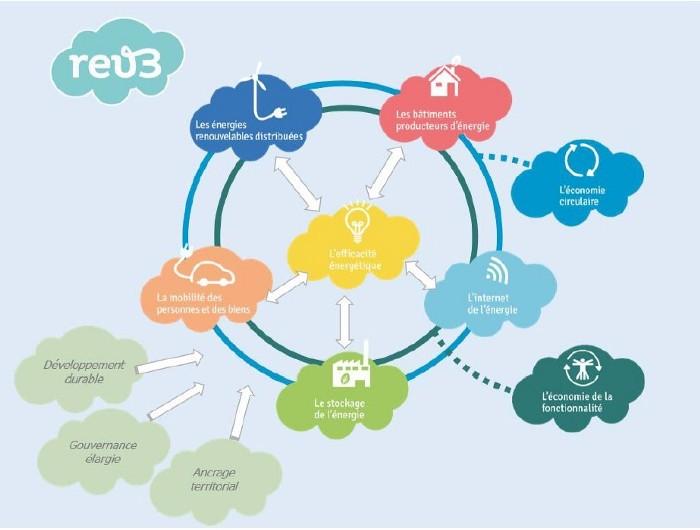 A web site to understand the overall dynamic:   https://rev3.fr/comprendre/