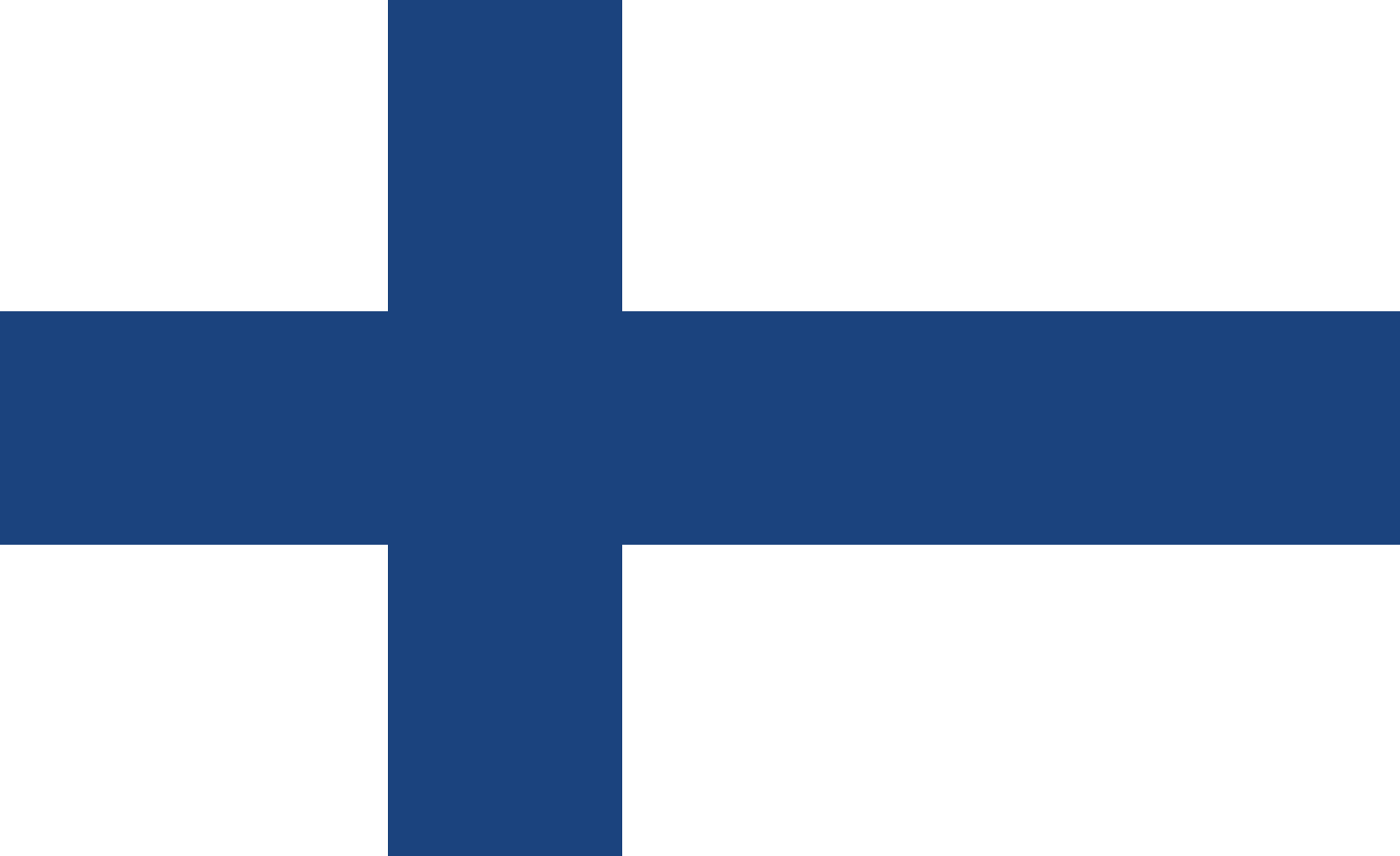 Carbon neutrality is increasingly talked about, but few places in Europe can be said to be close to achieving it. The Municipality of Ii, in the region of Oulu, Northern Finland is a notable exception. The Municipality is expecting to record an 80% reduction in CO2 emissions (from 2007 levels) by the end of 2020. The Oulu region’s Smart Specialisation Strategy (S3) approach and support to the region from ESIF have significantly helped bring the transformative local agenda of Ii to life, in order to achieve this success. The Municipality, its people and its development company, Micropolis, continue to implement their green transition strategy, firm in their collective view that its ambitious vision of carbon neutrality will soon be fully realised.

The integrated project portfolio of Ii Municipality responds perfectly to a key objective of the Oulu regional S3 in terms of advancing the use of clean technologies and green energy. Ii’s strategy is also substantially in line with three other key ingredients of the Oulu S3. Firstly, proactive involvement of citizens and stakeholders in an Entrepreneurial Discovery Process (EDP) has been a crucial success factor, capitalising on important skills in competencies within the partnership and guaranteeing local ownership. New tools have been developed from the EDP and deployed, such as green public procurement and innovative ways to stimulate active involvement of children in climate action. Secondly, a synergetic multi-level governance model involving local, regional and national authorities has ensured effective policy alignment in line with the S3 model. Thirdly, smart monitoring systems have been put in place to collect quality data from the different projects, delivering valuable insights into a wide range environmental and economic benefits achieved.

The story of Ii provides a successful demonstration of the benefits of combining the application of new technologies with social innovation to drive forward energy transition, capturing above all a strong and lasting citizens’ engagement in the shift towards a greener society. Ii proves that there can indeed be local solutions to global challenges. The Municipality believes that it can be a frontrunner in encouraging much larger change, as a role model to inspire replication in other EU regions.

The Municipality of Ii encompasses a town of some 10,000 inhabitants and its immediate surroundings, neighbouring the city of Oulu, capital of the Oulu Region. The Municipality has been in the frontline fighting against climate change for years.

The proximity of Ii to the Arctic region has spurred recognition by its leaders and citizens of a stark reality. Climate change is already happening there and is directly affecting the economy and peoples’ lives. Past pollution events from oil spill and peatland runoff into rivers flowing into the Baltic Sea have added to raised awareness of the need to protect the fragile environment and to shift towards alternative energy sources. In Ii, fighting climate change has become everybody’s collective responsibility, no matter how small its community may seem.

A decade ago, Municipal leaders and stakeholders joined forces and decided together to address the challenge through a wide range of voluntary initiatives from grassroots level. The partners in Ii developed ideas and plans around a clean energy transition, culminating in a long-term integrated strategy for a fully carbon-neutral Municipality. This ambition fitted particularly well with the priority domain ‘Clean Energy’ of the Smart Specialisation Strategy (S3) 2014-2020 of the Region of Oulu.

There has been strong cross-fertilisation between Ii’s green transformation strategy and Oulu Region’s S3, both in their preparation and throughout their implementation.

The Entrepreneurial Discovery Process (EDP) operating at the heart of the Oulu S3 was harnessed and extended to build up and maintain a high degree of citizen participation in Ii’s strategy. The EDP approach is clearly visible in the co-creation of Ii’s strategic priorities and the identification of projects, through wide involvement of a ‘quadruple helix’ of actors - public authorities, enterprises, technology or research organisations and citizens. This has helped ensure substantial local ownership and commitment, as well as practical inputs from all sources - not least in terms of ideas to design and implement an innovative range of actions in pursuit of the Municipality’s zero-carbon goal.

The governance of Ii’s strategy is characterised by an interweaving of three levels of public authority - local, regional and national. The grassroots ideas coming from the Municipality have been consistently supported by the Oulu Region in the framework of its S3. The national level in Finland has been strongly supportive of Ii’s strategy and the Municipality is frequently consulted during the development of related national programmes. The Municipality’s economic development agency, Micropolis, is responsible for implementing, coordinating and ensuring continuum and synergies between the different projects supported under Ii’s strategy.

Many of the projects and initiatives developed under the Ii strategy have been financed from mainstream ERDF through the Council of Oulu Region, some of them in the context of the Oulu S3. Various other EU sources are also used according to the nature of different projects, including Interreg and Rural Development Funds. Funding from national programmes also plays its part in supporting these efforts. The role of the town of Ii’s budget methodology is an important element. The various action lines and projects are secured into the budget and all departments have to report on their contribution to the strategy. The Municipality Report, published annually, places a strong emphasis on climate actions undertaken and their achievements.

The topics addressed under Ii’s strategy have evolved over time. The strategy has remained flexible enough to accommodate new developments at EU level, as well as new technologies coming on-stream to address different target groups and different elements of the clean energy transition. Among the projects implemented by Ii Municipality under the strategy, the following are particularly worthy of note:

Several innovative tools have been used by the Municipality to support these projects. Green public procurement is one such tool. Here, Ii uses sustainability as the leading principle. The procurements follow the Resource Efficient Ii Roadmap, under which all the different Municipal departments have agreed on the key aims of zero waste, no overconsumption, no emissions and sustainable employment. These aims are reflected in procurement tender specifications and selection/award criteria.

Another effective tool has been the active engagement of children and young people in climate action through deployment of a so-called ‘50/50 model’ in all schools and nurseries. Under this model, pupils are involved in measuring the consumption of water, heat and electricity in their school buildings. The children then receive back, for their classes’ own use, 50% of the money saved by energy/resource efficiency improvements subsequently put in place. In this way, the children learn that it is indeed possible to mitigate against climate change and that there are tools they can used for making the change, which are economically profitable. The children are generally excited to be working on such projects and bring these key messages back into to their homes. The 50/50 model is regarded as an important investment at the heart of Ii’s climate work, in anticipation of the day when these children have leading roles in society.

Special efforts are deployed by the Municipality to monitor the individual and collective outcomes of the various projects. Energy, heat and water data are collected in real-time from public buildings. Data on CO2 reduction are gathered. Data on financial impact of energy savings on public budgets are collected and used to support the case for the various elements of the strategy. Monitoring information is also systematically collected on new business and new jobs creation.

The impressive achievements of Ii Municipality confirm the benefits of its strategy’s integrated nature and the strength of commitment of the wide range of participating stakeholders. The Municipality has decreased its dependency on fossil fuel dramatically and relies increasingly on local production of energy from renewable sources - wind, hydropower, geothermal and solar. Solar power generation is said to be effective even in winter, due to strong reflection of light from the snow. Ii currently produces 10 times more renewable energy than it consumes.

Key outcomes achieved by the Municipality include:

Beyond these quantified outcomes, the Municipality is rightly proud of the depth of its citizens’ engagement in the green transition. The following success factors have been identified for Ii’s transition into a greener Municipality:

Ii has received wide recognition for its successes and has attracted great attention through international media coverage. This, in turn, has supported further societal engagement and political endorsement of the Municipality’s strategy for the longer term.

The experimentation results from Ii are now replicated in some 20 other municipalities in the Oulu region and beyond. Ii is part of the Finnish national programme ‘Towards Carbon Neutral Municipalities (HINKU)’, which brings residents, experts and companies together to create and carry out solutions in reducing greenhouse gas emissions.

‘Working for the climate is now the new way of life in Ii: we achieved this because decision is taken with everybody on board’ 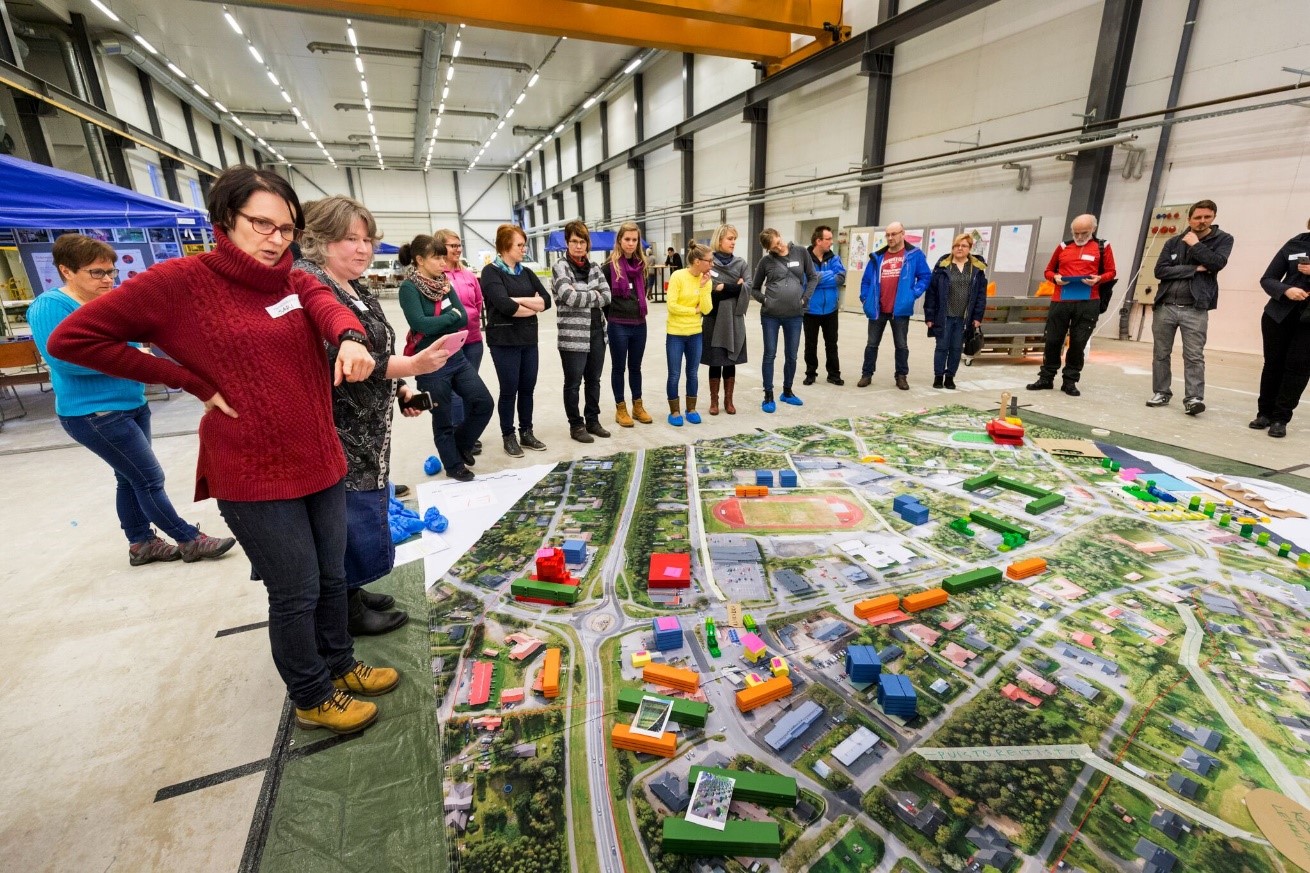 Citizen involvement in the climate-friendly zoning of Ii town centre