Green Deal on Circular Procurement in the Centro Region

Green Deal on Circular Procurement in the Centro Region 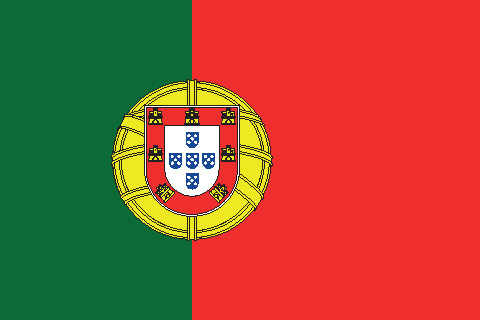 The Centro, Portugal, Green Deal project stems from collaborative interaction in the working groups of Centro Region’s Smart Specialisation partnership during 2018, which resulted in ‘Circular Procurement’ being defined as a key priority of Centro’s new Regional Agenda for the Circular Economy. The initiative is based on the Dutch ‘Green Deal’ model for promoting Circular Procurement, which is also followed by regions in Belgium and France.

Centro’s Regional Coordination and Development Commission (CCDRC) coordinates the Centro Green Deal Network, comprising 13 entities: five intermunicipal associations, three municipalities, two polytechnic schools, one university, one hospital and CCDRC. By signing a Letter of Commitment, each participant body is committed to launch two pilot Circular Procurement tenders and share all the knowledge gained from these experiences within the Network. Smart Specialisation governance methods are employed to ensure that the Network is a genuine sharing community. As part of their initiation, Network members participate in several workshops focused on topics aligned with circular economy principles and their connection with procurement, namely the EC Green Public Procurement Training Programme.

Circular Procurement tenders have so far been launched by network members in fields such as school meals provision, supply of specialist working clothes, electric vehicles acquisition and purchase of reusable and recyclable materials. Network members are now better understanding the potential economic benefits of Circular Procurement, as well as how it can reflect positively on their organisation’s image and standing in the region. A national Monitoring Group has been established, with a view to future scale-up and replication to other Portuguese regions. The initiative also features a strong element of EU-level exchange and learning. Centro is involved in establishing a European network of regional Green Deal initiatives following the Dutch model, as well as participating in the EC DG Regio Pilot Action ‘Strategic Public Procurement’, under which further technical support and guidance is provided by OECD.

Portugal’s National Circular Economy Action Plan 2017-2020, adopted in 2017, remarks that the country’s economy has a ‘slow metabolism’ overall. The analogy refers to Portugal’s tendency to accumulate materials, extracting and importing more raw materials than the amount of finished goods the country exports. The Plan also highlights Portugal’s material productivity, which has evolved slower than the EU average over the last 10 years and some five times more slowly than its neighbour Spain. Transition to a circular economy therefore represents a major challenge for Portugal. To address it, the Plan calls for action at three interlinked levels:

Meso actions - relating to the value chains of key materials-intensive sectors such as construction, logistics, agriculture, forestry and the food industry;

Within this framework, in early 2018, the National authorities invited each region to propose its agenda for circular economy action.

Centro, one of Portugal’s less-developed regions, drew inspiration from its Smart Specialisation Strategy (S3) in building its first strategic approach to the circular economy transition. In response to the National Action Plan, five principal priorities of Centro’s Regional Agenda for the Circular Economy were defined, through the collaborative dynamics of Centro’s S3 platforms and working groups:

The S3 approach ensured that the Centro Agenda’s circular economy priorities would have a high degree of operability, correspond to capacities available in the region and represent a firm commitment from the region’s main stakeholders and institutions.

In adopting Circular Procurement as one of their key priorities, Centro’s S3 partners recognised the particularly strong transformative potential of this tool. Since Public Procurement accounts for some 14% of EU GDP, they understood that using public purchasing power could be a highly feasible way to push for greater ‘circularity’ from suppliers, thereby achieving important gains in efficiency and reductions in waste throughout entire product life cycles.

Thus, in early 2019, the Region began implementation of a specific regional initiative on Circular Procurement, which is the subject of this case. Through the new initiative, ‘Centro Green Deal’, Centro has become Portugal’s leading region in the Circular Procurement experiment. In this position, Centro reports back systematically to the National authorities on its on-going Circular Procurement findings. It represents an inspiring case of a territorial action working from the bottom upwards – with each acquisition of a circular product or service potentially triggering beneficial effects in the local, regional and national contexts.

CCDRC had already developed valuable knowledge on how to promote circular economy through previous involvement in EU multi-regional projects, such as:

The main impetus for the Centro Green Deal initiative came from the Dutch national model. The practical guide ‘Circular Procurement in 8 Steps’ (2018) results from this initiative and is currently being translated to Portuguese. Following bilateral contacts between Centro Region and the Dutch Government two experts from the Dutch Ministry of Infrastructure and Water Management (Rijkswaterstaat), made visits to the region to conduct workshops for interested regional entities  about the Dutch experience in launching their own Circular Procurement Green Deal and its subsequent replications in the regions of Paris Île-de-France and Flanders.

CCDRC set up and coordinates the Centro Green Deal Network, comprising 13 entities: five intermunicipal associations, three municipalities, two polytechnic schools, one university, one hospital and CCDRC, which all joined on a voluntary basis. The network membership is therefore predominantly public sector and research, in keeping with the nature of the initiative. S3 partnership operating methods are nonetheless employed to ensure that the network is a genuine sharing community, based on systematic consultation and exchange of experience between the participants.

In operational terms, the Network was formalised by the signing of a Letter of Commitment defining the duties and rights of each member entity in the Centro Green Deal initiative. In this way – as in the Dutch Green Deal - each participant committed to:

For its part, CCDRC undertakes to enhance the learning experience by holding regular meetings of the Network throughout the implementation of the initiative. During these meetings, the participants share the lessons learnt on their pilot experiences and identify successes and difficulties. CCDRC also promotes workshops and training sessions, on an ongoing basis, to meet specific learning needs identified by Network members. In addition, a dedicated virtual and internal platform for Network members with documents and other information relevant to the initiative, has been set up. Details from the project can also be found on a microsite created for the Regional Agenda for Circular Economy within the CCDRC website.

Costs for CCDRC have been minimal, beyond the time of the small team charged with organising and participating in meetings, information management and monitoring.

A key initial stage of the initiative has been the participation by members of the Network in the EC training programme on Green Public Procurement (GPP). This comprehensive programme comprises six modules covering all relevant legal, strategic, practical, circular and market-based aspects of GPP, as well as 10 operational modules focusing on specific product groups. The training materials are all openly available online and are delivered regularly in several Member States, including Poland, Portugal, Romania, Bulgaria, Croatia, Cyprus, Estonia, Hungary, Latvia, Lithuania and Malta. In Portugal, the National Laboratory of Energy and Geology (LNEG), in cooperation with CCDRC, delivers this training. An important requirement of the EC training programme for Green Deal Network members is that the same persons each participate in at least four modules.

At the time of writing, implementation of Centro Green Deal is still on-going and many of the pilot procedures remain to be completed. Circular Procurement tenders have nevertheless been launched in the fields of:

In the case of school meals provision, for example, a key requirement of the tender was to deliver meals containing organic food products, through processes ensuring reuse of food waste, use of environmental-friendly materials and cleaning products with eco label – all at no extra cost than the fixed amounts within the schools’ framework agreement.

The remaining pilot tenders are expected to be launched later in 2020 and during the course of 2021.

Results from the Centro Green deal, in addition to providing data for the EU level monitoring framework for circular economy, include complementary indicators relating to:

An important component of the multi-level governance of the Centro Green Deal has been the creation of a national Monitoring Group, which integrates entities with Portugal-wide responsibilities and/or projects in the field of Public Procurement. The Monitoring Group includes, for example:

CCDRC keeps the Monitoring Group updated on progress under the Centro Green Deal, with the aim of making Centro’s experiences a success case to inspire potential new national level developments and opportunities.

As the initiative is currently underway, it is still too early to compile monitoring information in relation to the above-mentioned indicators to which it will contribute. Nevertheless, a number of general lessons are already visible.

One of the most notable lessons is that a straight copy of the Dutch Green Deal experience is not really appropriate, or possible for Centro, since local customs and mentalities differ between the two places – not least with regard to peoples’ willingness to purchase previously used items. An approach which is specific to the Portuguese context needs to be built up.

Many public bodies in the region are afraid of adopting Circular Procurement, since it can appear to run counter to established rules on open competition – for example, by favouring local/short supply chains. Costs are also perceived to be higher with Circular Procurement in some cases. There is therefore a tremendous need for capacity building to raise awareness and build expertise, particularly for smaller public bodies on how to navigate relevant regulations to introduce circularity into Public Procurement procedures to full advantage.

Experience from the initiative shows that capacity building activities work best when technicians and decision makers from the same organisation have the opportunity to learn together. This effort needs to go in parallel with capacity improvements also in local companies to help them deliver more circular products and services, as well as with further refinement of regulatory frameworks.

The power of the successful example is also visible as more of the participants involved come to understand not only the potential economic benefits of Circular Procurement, but also how it can reflect positively on their organisation’s image and standing in the region - sustainable, responsible and innovative.

The composition of the Monitoring Group reflects the importance attached to the initiative at National level and its potential for scale-up and wide replication within Portugal after the first edition is completed. Centro is also involved in the establishment of a wider European network of regional Green Deal initiatives following Dutch model. In addition, CCDRC participates in national and international conferences related with circular procurement, sharing the experience of Centro Green Deal and getting to know practices of other regions/countries involved in similar learning communities and projects.

In 2018 Centro applied to join the EC DG Regio Pilot Action ‘Strategic Public Procurement’ and the application was approved later that year, illustrating the EC’s interest in the Centro Green Deal experience. Under the Pilot Action, Centro receives technical support and practical guidance from the OECD Public Procurement Department to help further develop it Circular Procurement activities, as well as practical exchanges with the other regions involved. At the end of the Pilot Action, the results and good practices arising will be disseminated via EU-level channels to all Member States enhancing opportunities for further replication.

‘We believe that Circular Procurement is a most powerful transformative tool because it can reach market actors directly, in large scale and in a relatively short space of time’ 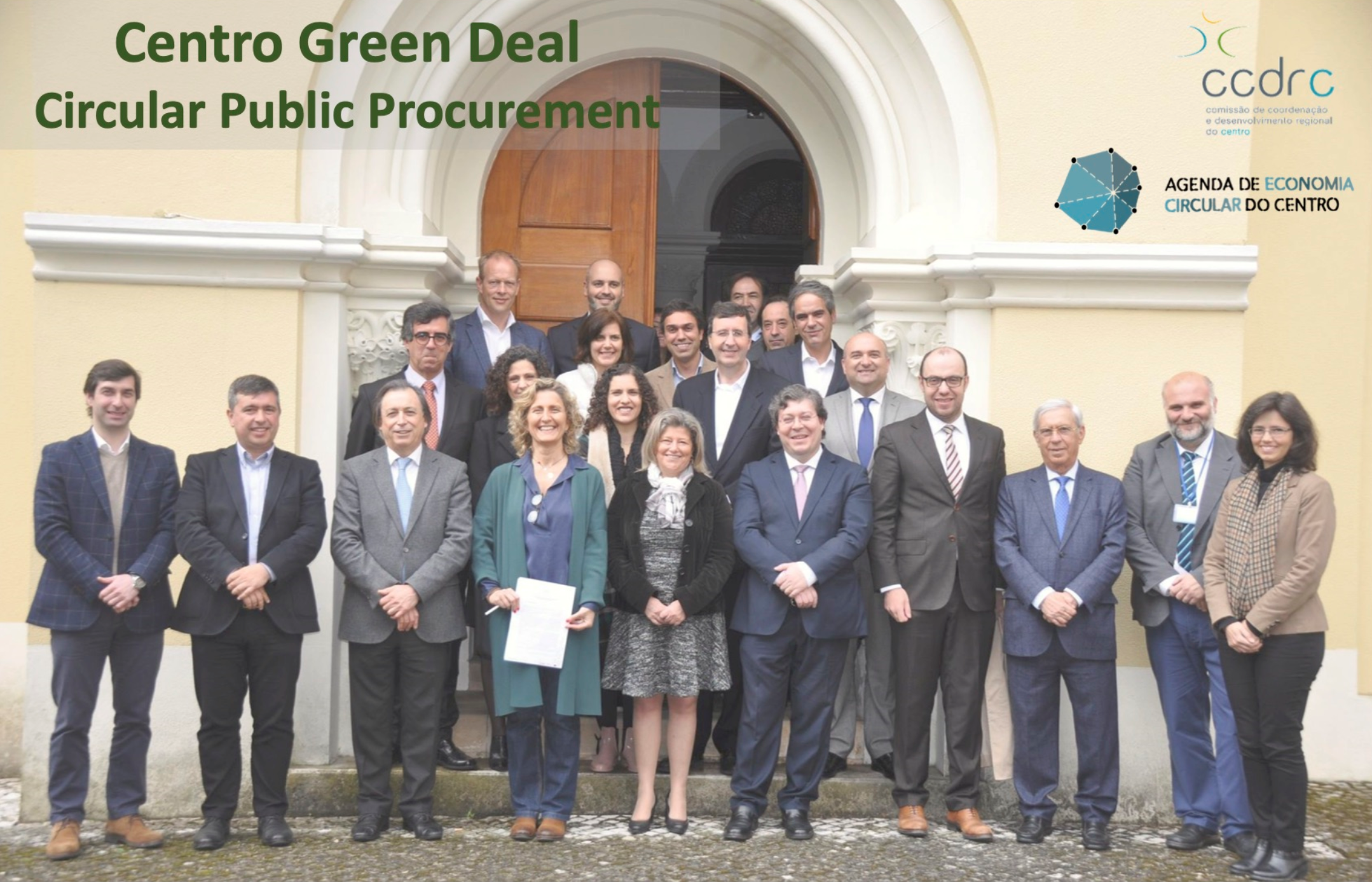